Unified National is a standard commonly used by the United States and Canada in for Inch Screw Threads where the flanks of the V have an angle of 60° to each other. At first, UN(*Ref) only included four basic categories: UNC, UNF, UNEF, UNS, and then UNJ and UNR were gradually added to the standard.

1A and 1B: Refers to the thread fitting with the most loose tolerance, where there is a huge allowance. This class of thread fit is applicable to easy assembly and disassembly.

2A and 2B: The major class in the industrial and commercial applications, such as machine screws and fasteners. This class of thread fit is interchangeable and stable in regard to quality and assembly.

3A and 3B: Applied to commercial products with high quality, this class of thread fit requires compact assembly with an extremely small allowance. Therefore, 3A/3B thread fitting is usually seen in crucial design with safety requirement in commercial or aerospace industry products. 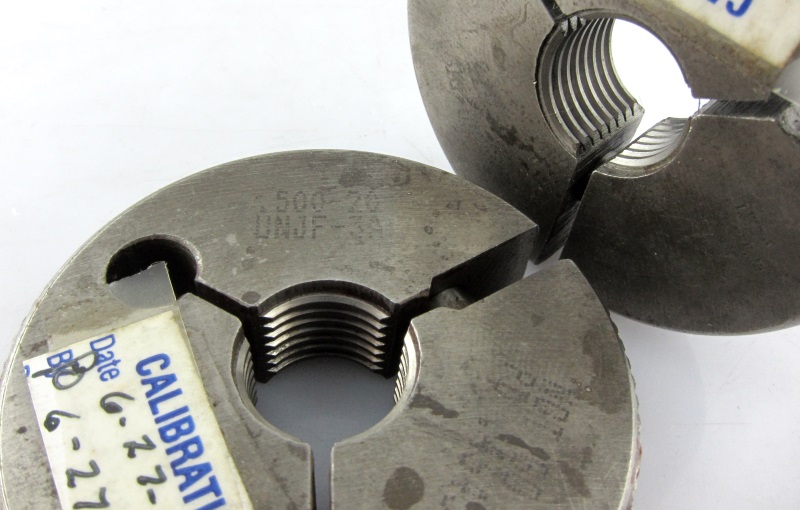 The UNJF-3A adjustable thread gauge is with an extremely small allowance.

In the following, APPORO is going to introduce UNJ threads. Initially released December 1965, the military specification MIL-S-8879 is mainly applied to aerospace fasteners. There are internal thread and external thread specifications when it comes to UNJ threads, which based on the pitch can be categorized into UNJC, UNJF, UNJEF, and UNJS. UNJ threads are different from UN threads in the respects below:

1.) external threads: The roots of regular UN threads will be V shape bottoming, while the roots of UNJ thread are strictly specified to be semicircular bottoming. This kind of circular roots can slow down the wear rate of sharp cuts during processing and increase the fatigue strength of threads.

In the process of lathing UNJ external threads, sharp cuts should be equipped according to the specified root radius (between 0.15011 pitch and 0.18042 pitch), so that the roots of the external threads could be smooth semicircles in a row in shape. As the roots of an external UNJ thread are special semicircles in shape, its minor diameter is slightly larger than it of a regular external UN thread, and that is why it could not match other Inch Screw Threads of the same specifications. For example, if we drive an ⅜”-16 UNC nut with an ⅜”-16 UNJ screw, the minor diameters of these two would interfere with each other, resulting in the assembly failure. However, using a larger tapper to manufacture the internal thread of the ⅜”-16 UNC nut could prevent the minor diameters from interfering and avoid other assembly problems.

In comparison with hundreds of thousands of thread specifications and applications, thread manufacturing and inspection are rather simple. However, their importance is often underestimated, leading to assembly failure and possibly affecting the overall product equality. Find yourselves a CNC expert with thread manufacturing proficiency and experience like APPORO so that the quality of your products are guaranteed!